The Greek Awakening: Art from the 5th Century BC

Beginning about 500 BC, Greek artists and architects began working at an unprecedented level of sophistication, paralleling the rise of Athens as a Mediterranean power. This program illustrates the awakening of that classical Greek vision, from which emerged the most influential sculptures and buildings of Western culture. With detailed visual analysis of the Parthenon, its frieze in the British Museum, the theater at Epidavros, and other exemplary works, The Greek Awakening offers a wide-ranging tour of the nation’s most enduring monuments and an understanding of their relationship to classical Greek identity. (24 minutes)

Finding Online or Streaming Films in the RCCC Library

Use Sparknotes to further your understanding of literature. Sparknotes has summaries and character profiles for thousands of pieces of literature, including the Brontë sisters, works by the Shelleys, William Blake, and other literature studied in English 242. Simply use the search box in Sparknotes. 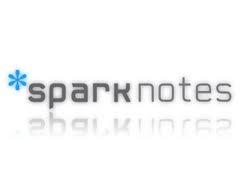