A sentence has a subject and a verb and is an independent thought. It can be long or short.

An independent clause can stand alone (independently!) because it has a subject and verb.

Dependent clauses must depend on another clause to make a whole thought. None of these are complete thoughts or sentences.

Sentence fragments are strings of words that do not form complete sentences. This occurs when a necessary piece, such as a subject (noun) or verb, is missing and/or when the sentence is not a complete idea.

A run-on sentence is two or more independent clauses incorrectly joined in a single sentence.

Fused sentences are two independent clauses put together with no punctuation between them.

Two or more independent clauses included in a single sentence separated only by commas is a comma splice. These are NOT correct. 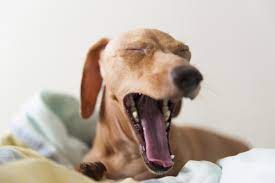 1. Punctuating each independent clause with a period.

These sentences are correct (but a little choppy).

2. Another way to fix run-ons is to separate independent clauses with semicolons.

3. You can also fix a run-on using one or more commas and one of the following coordinating conjunctions: and, but, so, or, nor, for.

4. Another way to fix a run-on is to subordinate one of the independent clauses. By subordinating a clause, you change the wording so that it is a dependent and cannot stand alone.

Other common dependent clause makers are: after, although, as, as if, because, before, even if, even though, if, in order to, since, though, unless, until, whatever, when, whenever, whether, and while.